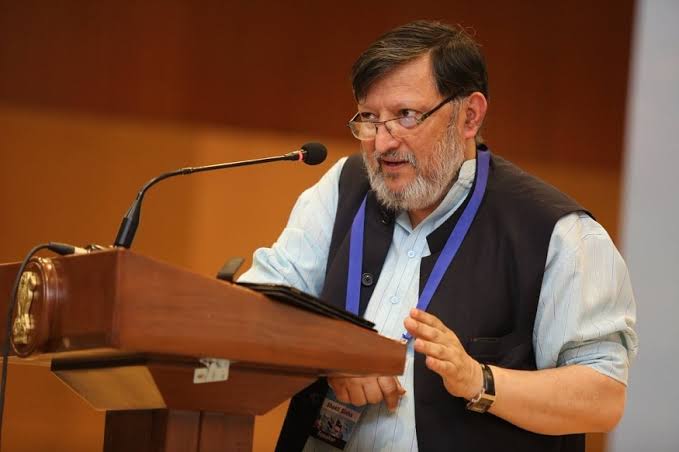 All of us at the Atal Bihari Vajpayee Institute of Policy Research and International Studies, or AIPRIS for short, are excited to be part of this journey. That we are setting up the institute makes us feel special tempered by a sense of responsibility. The guiding pillars of AIPRIS are, firstly, the vision of Shri Vajpayee in the two areas that he left a deep mark, namely good governance and international affairs. Second, we must strive to bring into our work the geographical perspective of being located in Gujarat, on India’s western coast. AIPRIS cannot simply duplicate work done in the established Indian think tanks, mostly located in Delhi. Though we would learn from their efforts and strive to achieve high levels set by them. The fact that we are a think tank set up in Gujarat by the state government, and located in the state’s premium university, makes us conscious of the high expectations that we have to live up to.

Shri Atal Bihari Vajpayee, or Atal ji as he was popularly known, was a consensual but decisive leader whose government substantially changed the way the country looked at itself, and at the world. And the way the world looked at India. His understanding of strategic issues is now generally accepted, drawing on his decision to cross the nuclear Rubicon, seeing that the window to so had almost closed. China’s rise and the challenge it would pose made him push the country to re-assess its situation and the need to deepen relationship with the USA. And yet, as a neighbour of China, India would have to live with that country, so it was useful to try and identify the areas where both countries could work together. What is less well appreciated was his leadership on economic issues which served India very well. His long experience and understanding convinced him that his government should focus on unleashing the economic spirits of the people which had been hamstrung by archaic processes and by the prevalent deep scepticism about the private sector. His instincts told him that the state must facilitate entrepreneurship. But invest in infrastructure, both highways and rural roads, and that affordable and accessible telecommunication facilities was vital to the poor, as it empowered them to exercise agency and take advantage of the new opportunities of growth.

A decade after he demitted office, Prime Minister Narendra Modi declare December 25, which is Atalji’s birthday, as Good Governance Day. It cannot be just a coincidence that it was Shri Narendra Modi who as Chief Minister of Gujarat conceived of establishing a think tank in Gujarat, reflecting a need to broad-base policy thinking in India.

We at AIPRIS would strive to achieve excellence guided by the visions of the person after who we are named and the idea behind establishing our institution.